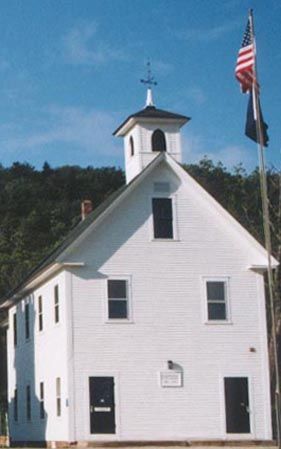 The center building (1883) on the Washington Common is the youngest and smallest of the three classic buildings. Today the building is the headquarters of the Washington Police Department.

For more than a hundred years this building served as the principal school house in Washington, and was known as the Center School. There had been an earlier school house near this site, a small brick structure, but by the 1880s it was both worn out and too small. About ten years of intense controversy (size, style, cost, location) preceded the construction of this building in 1883.

Eventually, it was decided to build a new school in the general style of the other town buildings, and place its facade flush with the Church. It proved to be a perfect solution, both for the needs of the school and the appearance of the town Common; and from that year forward it served as the Center School, and the whole Common has been the pride of the town.